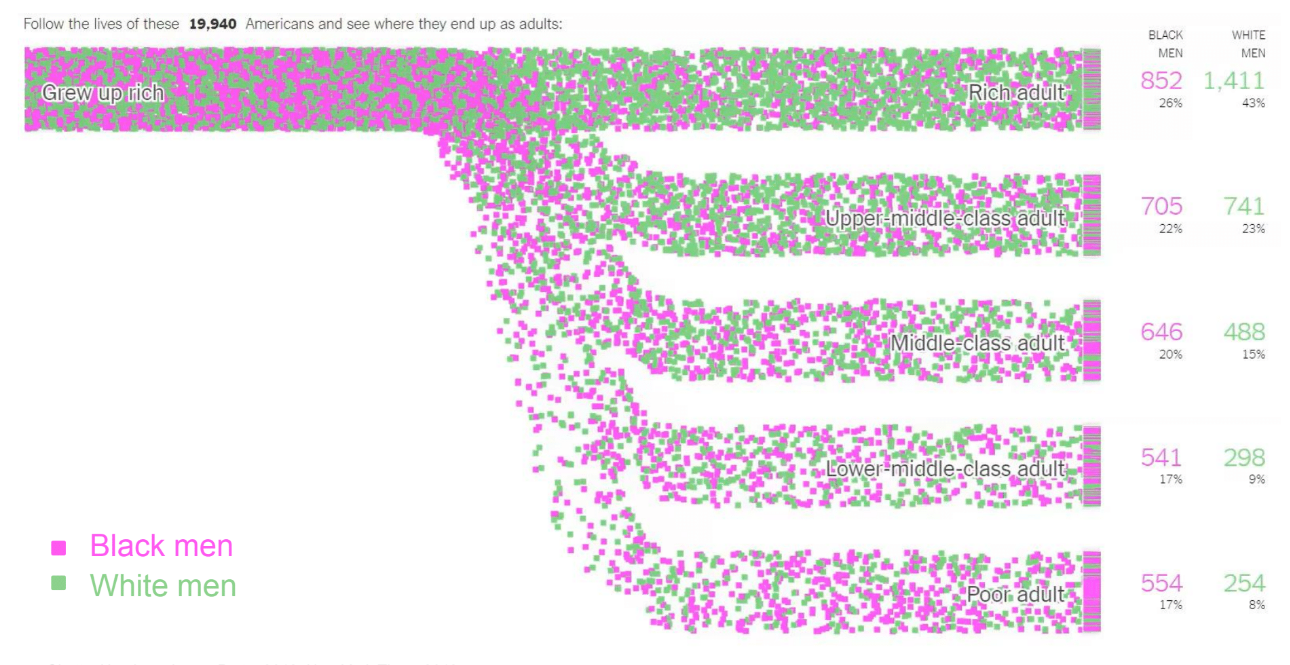 Black and white boys who grow up on the same city block and attend the same school still have very different outcomes in adulthood.

Racial disparities in income and other outcomes are among the most visible and persistent features of American society. The sources of these disparities have been studied and debated for decades, with explanations ranging from segregation and discrimination to differences in family structure and genetics.

Most previous work on racial disparities has studied inequality within a single generation of people. We analyze how racial gaps change across generations, allowing us to identify the factors that lead to disparities between racial groups that persist over time. Using de-identified data from the U.S. Census Bureau covering 20 million children and their parents, we measure the differences in incomes in adulthood between children of different races who grow up in families with similar parental incomes. We show how these intergenerational race gaps vary across areas of the U.S. and discuss implications for pathways to reduce racial disparities.

Visit Opportunity Insights for our papers on racial disparities.