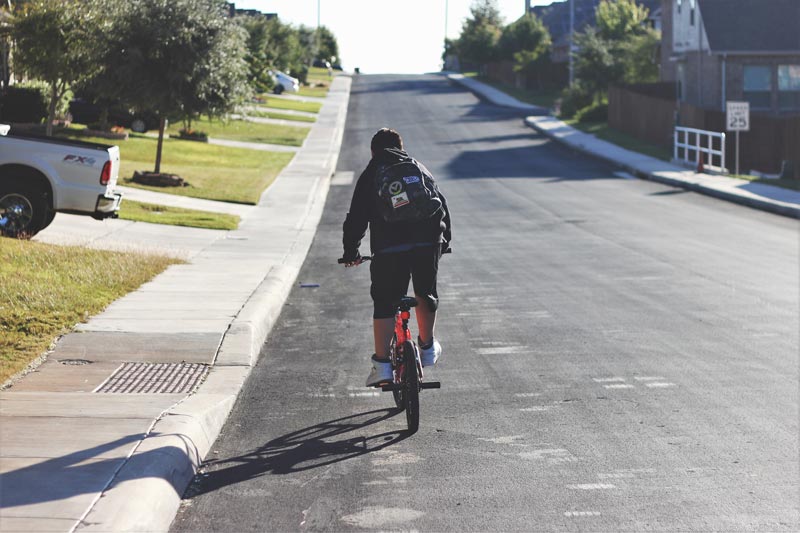 There are large differences in individuals’ economic, health, and educational outcomes across neighborhoods in the United States. Motivated by these disparities, the U.S. Department of Housing and Urban Development designed the Moving to Opportunity (MTO) experiment to determine whether providing low-income families assistance in moving to better neighborhoods could improve their economic and health outcomes.

The MTO experiment was conducted between 1994 and 1998 in five large U.S. cities. Approximately 4,600 families living in high-poverty public housing projects were randomly assigned to one of three groups: an experimental voucher group that was offered a subsidized housing voucher that came with a requirement to move to a census tract with a poverty rate below 10%, a Section 8 voucher group that was offered a standard housing voucher with no additional contingencies, and a control group that was not offered a voucher (but retained access to public housing).

Previous research on the MTO experiment has found that moving to lower-poverty areas greatly improved the mental and physical health of adults. However, prior work found no impacts of the MTO treatments on the earnings of adults and older youth, leading some to conclude that neighborhood environments are not an important component of economic success.

In this study, we present a new analysis of the effect of the MTO experiment on children’s long-term outcomes. Our re-analysis is motivated by new research showing that a neighborhood’s effect on children’s outcomes may depend critically on the duration of exposure to that environment. In particular, Chetty and Hendren (2015) use quasi-experimental methods to show that every year spent in a better area during childhood increases a child’s earnings in adulthood, implying that the gains from moving to a better area are larger for children who are younger at the time of the move.

In light of this new evidence on childhood exposure effects, we study the long-term impacts of MTO on children who were young when their families moved to better neighborhoods. Prior work has not been able to examine these issues because the younger children in the MTO experiment are only now old enough to be entering the adult labor market.

For older children (those between ages 13-18), we find that moving to a lower-poverty neighborhood has a statistically insignificant or slightly negative effect. More generally, the gains from moving to lower-poverty areas decline steadily with the age of the child at the time of the move. We do not find any clear evidence of a “critical age” below which children must move to benefit from a better neighborhood. Rather, every extra year of childhood spent in a low-poverty environment appears to be beneficial, consistent with the findings of Chetty and Hendren (2015).

The MTO treatments also had little or no impact on adults’ economic outcomes, consistent with previous results. Together, these studies show that childhood exposure plays a critical role in neighborhoods’ effects on economic outcomes.

Our estimates imply that moving a child out of public housing to a low-poverty area when young (at age 8 on average) using a subsidized voucher like the MTO experimental voucher will increase the child’s total lifetime earnings by about $302,000. This is equivalent to a gain of $99,000 per child moved in present value at age 8, discounting future earnings at a 3% interest rate. The additional tax revenue generated from these earnings increases would itself offset the incremental cost of the subsidized voucher relative to providing public housing.

We conclude that offering low-income families housing vouchers and assistance in moving to lowerpoverty neighborhoods has substantial benefits for the families themselves and for taxpayers. It appears important to target such housing vouchers to families with young children – perhaps even at birth – to maximize the benefits. Our results provide less support for policies that seek to improve the economic outcomes of adults through residential relocation. More broadly, our findings suggest that efforts to integrate disadvantaged families into mixed-income communities are likely to reduce the persistence of poverty across generations.

The opinions expressed in this paper are those of the authors alone and do not necessarily reflect the views of the Internal Revenue Service or the U.S. Treasury Department.  This work is a component of a larger project examining the  effects  of  tax  expenditures  on  the  budget  deficit  and  economic  activity.   All  results  based  on  tax  data  in  this paper are constructed using statistics originally reported in the SOI Working Paper “The Economic Impacts of Tax Expenditures:  Evidence from Spatial Variation across the U.S.,” approved under IRS contract TIRNO-12-P-00374 and presented at the Office of Tax Analysis on November 3,  2014.  MTO participant data are highly confidential. HUD allowed the authors special access to the experimental data under Data License DL14MA001, approved March 28, 2014.

Featured Press
The New York Times
Why the New Research on Mobility Matters: An Economist’s View
The Washington Post
Learning About Upward Mobility by Studying People who Moved in Childhood

Featured Press
The New York Times
Why the New Research on Mobility Matters: An Economist’s View
The Washington Post
Learning About Upward Mobility by Studying People who Moved in Childhood